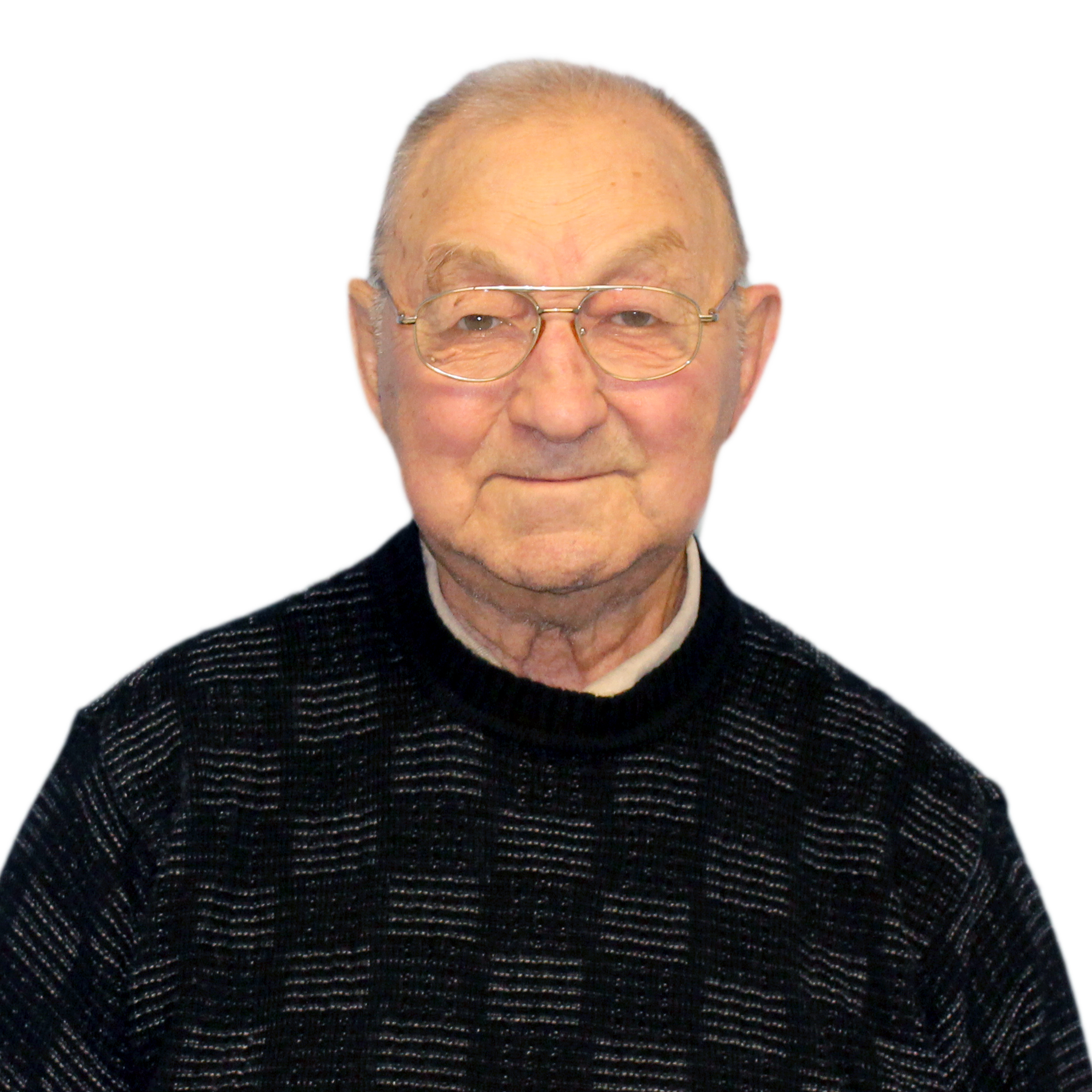 Ken “Boogie” Borgmeyer has been described as a fixture at Duchesne football and basketball games. Most of our fans cannot remember a time when he wasn’t operating the score-clock at our home contests. Over the past 50 years, Boogie has dedicated an unbelievable amount of his time to Duchesne, our student athletes, and our Pioneer community.

Ken grew up in St. Charles and attended St. Peter Church and School under the guiding hand of a great priest, Father Anthony Strauss. He remembers taking his little red wagon as a young boy to collect scrap metal and paper for the cause of World War II. He was also involved in Boy Scouts, but said sports became his passion when he got to St. Peter High School. He played basketball and baseball, including Legion baseball. Sports allowed him the opportunity to meet lots of people and make lifelong friends.

After graduating from St. Peter High School in 1950, Ken still played basketball and baseball, and coached basketball for the combined team of St. Peter and Borromeo (7th and 8th grade) for a few years. In 1952, Ken was drafted into the United States Army and served two years, spending 14 months in Korea. After the service, he had a career at Hackmann Lumber Company for 57 years, retiring in 2007.

Ken married Anna Mae Mosher in 1958 and enjoyed a good family life with their three children, who all attended Duchesne High School: Barbara ’80, Brian ’82, and Tom ’85. He also has two grandchildren, Lucy and Ben. Ken was involved with coaching for both of his sons’ teams and did some basketball refereeing for a few years. As a young man, he also enjoyed playing golf and worked at rehabbing the two houses they lived in. Currently, Ken enjoys working in his vegetable garden in the good dirt of the Orchard Farm area.

Ken has been involved with Duchesne since the early days. He was a member of the Duchesne Athletic Men’s Club and spent a few years on the Board of Directors. In 2013, Ken was given a Certificate of Recognition from the St. Louis Metro Football Coaches Association for service and commitment to the game of football in the St. Louis area.

Ken loves working with young adults and watching them develop their God-given talents. He loved running the clock for basketball and continues to volunteer his time for our football games, where he works in the press box. Boogie truly bleeds “Pioneer blue,” and his dedication to our community has stood the test of time. 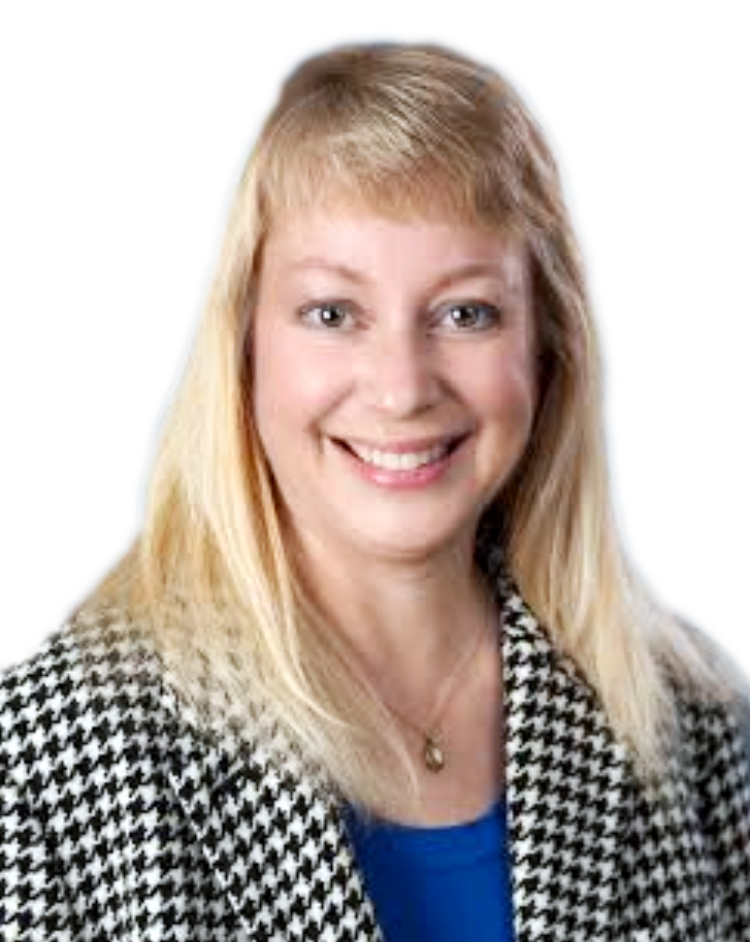 After graduating from Duchesne High School, Donna attended Drury College, where she majored in mathematics, music and secondary education. Her goal was to be a high school math teacher. Her first job was teaching middle school math, reading, and science for a double 5th and 6th grade classroom at Immaculate Conception, Dardenne. When the principal realized Donna also had a music background, general music and liturgical music were added to her schedule. Donna married Greg Owen in 1991.

After teaching for 11 years, she decided to take some time at home to spend with their daughters, Marie, who was four, and Gloria, who had just been adopted from China at the age of 10 months. The family grew with the birth of Friederich and then Charles. Donna began to explore the option of working part time when Charles began preschool. During her time at home, she had earned her Master of Arts degree in Mathematics from UMSL and the possibility of teaching college mathematics opened up.

Donna has taught college math at St. Louis Community College-Meramec, ITT Technical Institute, and University of Phoenix, and is currently on the faculty of Central Methodist University. She especially enjoys teaching college algebra and helping students understand that it’s not just the mathematics that is important.  Students are learning a thought process, a logical approach to solving problems.

In 2010, in addition to the college courses, Donna began teaching general music at St. Elizabeth/St. Robert Regional School. The music program at SESR has grown to include students playing recorders, tone chimes and hand bells, and an annual Christmas musical. Her students participate in song festivals, band and choir, and are also musicians for school Masses. In 2012, Donna started the Consolidated Catholic Schools Choir, a choir open to singers who attend Catholic schools in the St. Charles area. The choir sings two concerts each year and attends the local Archdiocesan Choral Festival, where they have received Superior ratings. Donna is also the choral accompanist for the Duchesne High School choirs. She assists with the musical, does vocal coaching for the students, and helps with a multitude of tasks for the music department. In her spare time, she wears the hat of music director for St. Luke the Evangelist Catholic Church in Richmond Heights.

Through all her various teaching activities, Donna has a single goal: to help students succeed. Many math students enter her classroom anxious about the subject matter. They have already decided that they will not be a successful math student. Through interactive lessons, much encouragement, discussions and group work, she is able to teach students that not only can they learn math, but they can successfully apply it to their everyday lives.

Musically, Donna helps students become proud of an art form that they produce. Her students have become successful singers, pianists, and cantors. They have received excellent and superior ratings from district competitions. They have auditioned and earned roles in musical theater. Most importantly, they have learned to work hard to produce music that they and others enjoy, and to be proud of themselves for what they have accomplished.