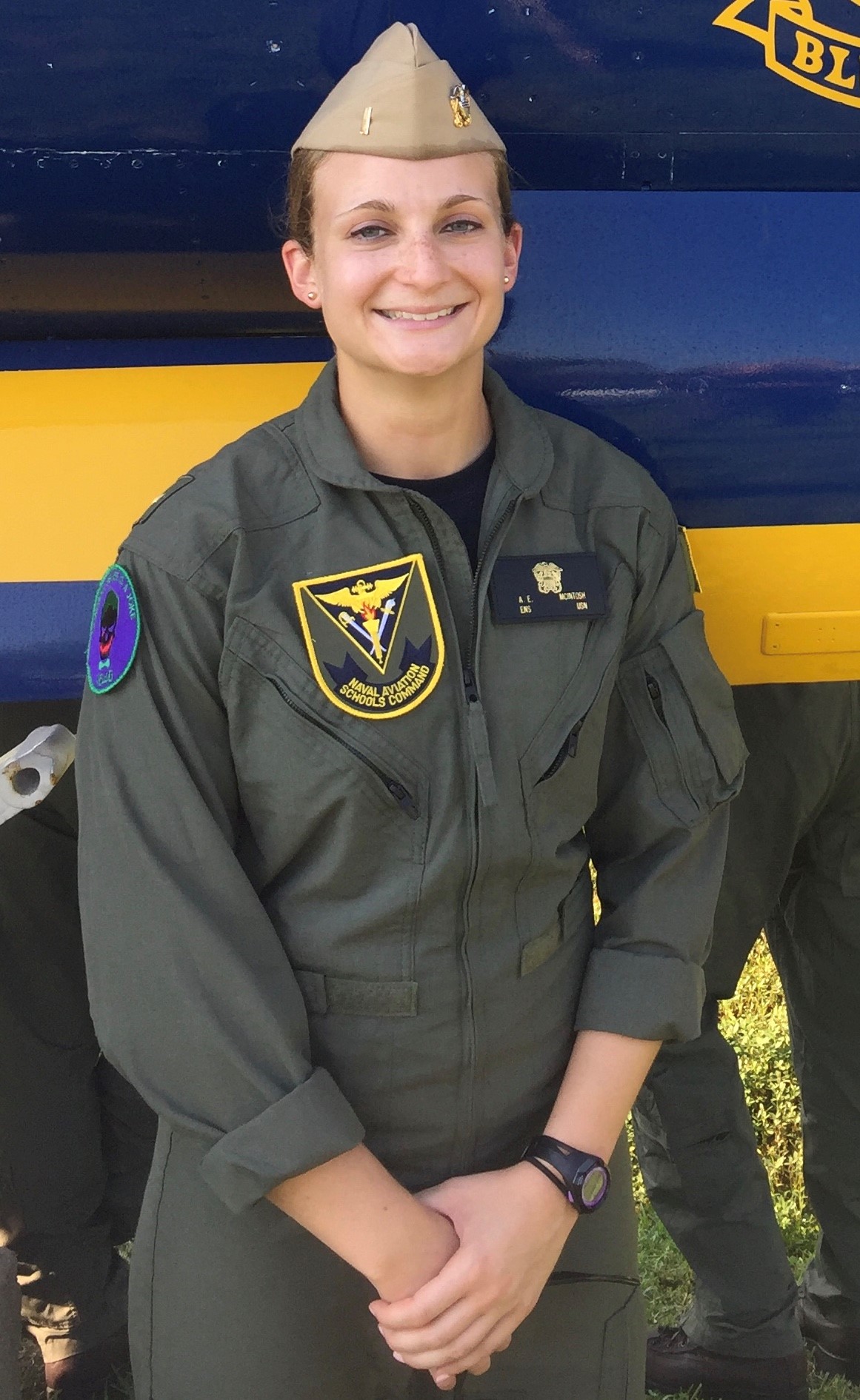 Alexandra McIntosh graduated from Duchesne in the class 2012. While a Pioneer, she active with the basketball, soccer, track and field, and cross country teams.  Outside of sports, Alex was a member of the National Honor Society from 2010-2012, spent a year with the Improv Troupe, was a student ambassador, and parti-cipated in the Outreach program.

While a midshipman at the Naval Academy, Alex was a member of the offshore   sailing team for two years and competed in many races along the eastern seaboard. During the summer of her sophomore year, Alex spent four weeks onboard the USS Ronald Reagan,  a nuclear-powered aircraft carrier, stationed in San Diego. Subse-quent summer trainings involved an internship with the Department of Energy in Washington D.C., flying a small Piper Warrior airplane solo, training the newest set of incoming freshmen during their indoctrination summer, and representing the Academy in sailing races in Martha’s Vineyard, around Long Island, and in Halifax, Canada. During her senior year, Alex was selected to the U.S. Navy aviation community as a naval flight officer.

After graduation from the Naval Academy, Alex remained in Annapolis for several months to assist with the planning of the conference celebrating the 40th anniversary of women at the Naval Academy. In August 2016, she reported to flight school in Pensacola, FL, where she was selected to fly in the E-2D Hawkeye, which specializes in providing air-borne early warning for the aircraft carrier and its strike group. Alex earned her naval flight officer “Wings of Gold” in October 2017 and immediately reported for further training in Norfolk, VA. For the next year, she trained exclusively   on the E-2D Hawkeye and eventually qualified as a radar officer. In November 2018, Alex joined her first fleet squad-ron, the Seahawks of VAW-126, stationed in Norfolk. She met her squadron on deployment onboard the USS Harry S. Truman, which returned home in mid-December 2018. Currently, she serves as the Ground Safety Officer within the squadron and is working to finish her qualifications. After her current three-year tour, she hopes to become an instructor at the Hawkeye training squadron in Norfolk.

Alex firmly believes that the spiritual foundation established by the parochial school system where she grew up in  Lafayette, IN, and then reinforced at Duchesne have contributed to her continued dedication to Catholicism. Alex is thankful that the ever-present values of mind, body, and spirit persisted, manifesting themselves in the form of influ-ential teachers, competitive sports teams, and an ever-present focus on developing her faith. She credits Duchesne for helping her mentally and physically prepare for life as a midshipman at the Academy as well as a naval officer. 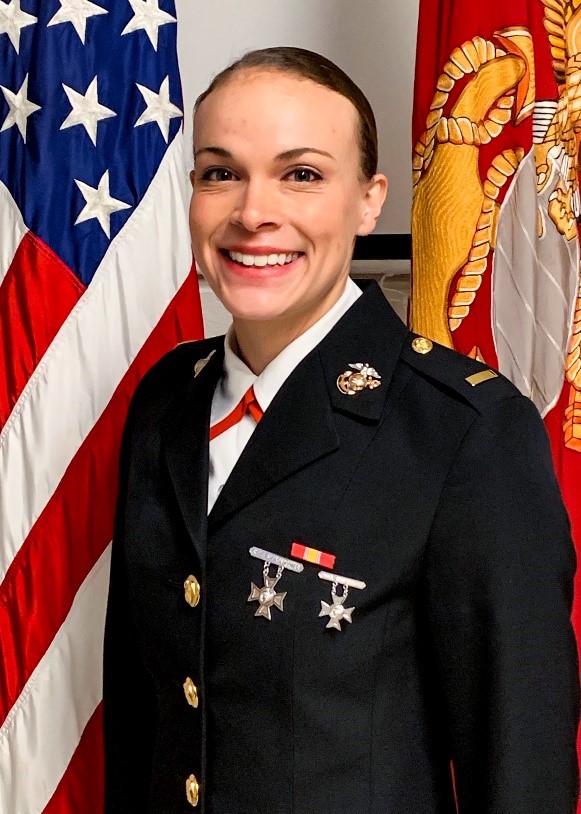 Throughout college she ran Varsity Track and led the youth group at her local church. Through her local church, she was able to participate in two mission trips to Haiti and Serbia sponsored by Seven Soils. In Haiti, she led Bible studies with the local men’s and women's group as well as volunteered at Maison de Enfantes de Dieu orphanage. In Serbia, she and her team built a low ropes course for Camp Mrcajevci, a Christian summer camp for kids. At the Academy she held the title of Honor Advisory and Battalion Safety Officer.

Upon graduation in 2018, Danielle commissioned into the United States Marine Corps as a Second Lieutenant. She attended The Basic School in Quantico, Virginia from June 2018 to December 2018. Upon graduation from The Basic School, she joined Marine Wing Support Squadron 374 in Twentynine Palms, California as the Ground Supply Officer. In her role at MWSS 374, she is responsible for several million dollars of equipment, weaponry, and ammunition.

Danielle believes the foundation of mind, body, and spirit set by her family and reinforced by Duchesne throughout high school has prompted her to walk the path she does today. The countless leadership lessons learned on the soccer field from her peers and devout coach, Patrick Turner, have influenced how she currently leads her Marines. As her educational cornerstone, Duchesne set Danielle up for success in college and beyond as she chose her major based off of Mr. D'Urso's Literature classes and her career path on Mr. Biehle's love of country and the preservation of our nation's history.

Duchesne provided Danielle the discipline, spiritual foundation, and mental fortitude that guides her footsteps each and every day. The outpouring of love and support from the faculty and staff throughout her time at Duchesne provided an exceptional example Danielle follows when mentoring and leading her Marines.