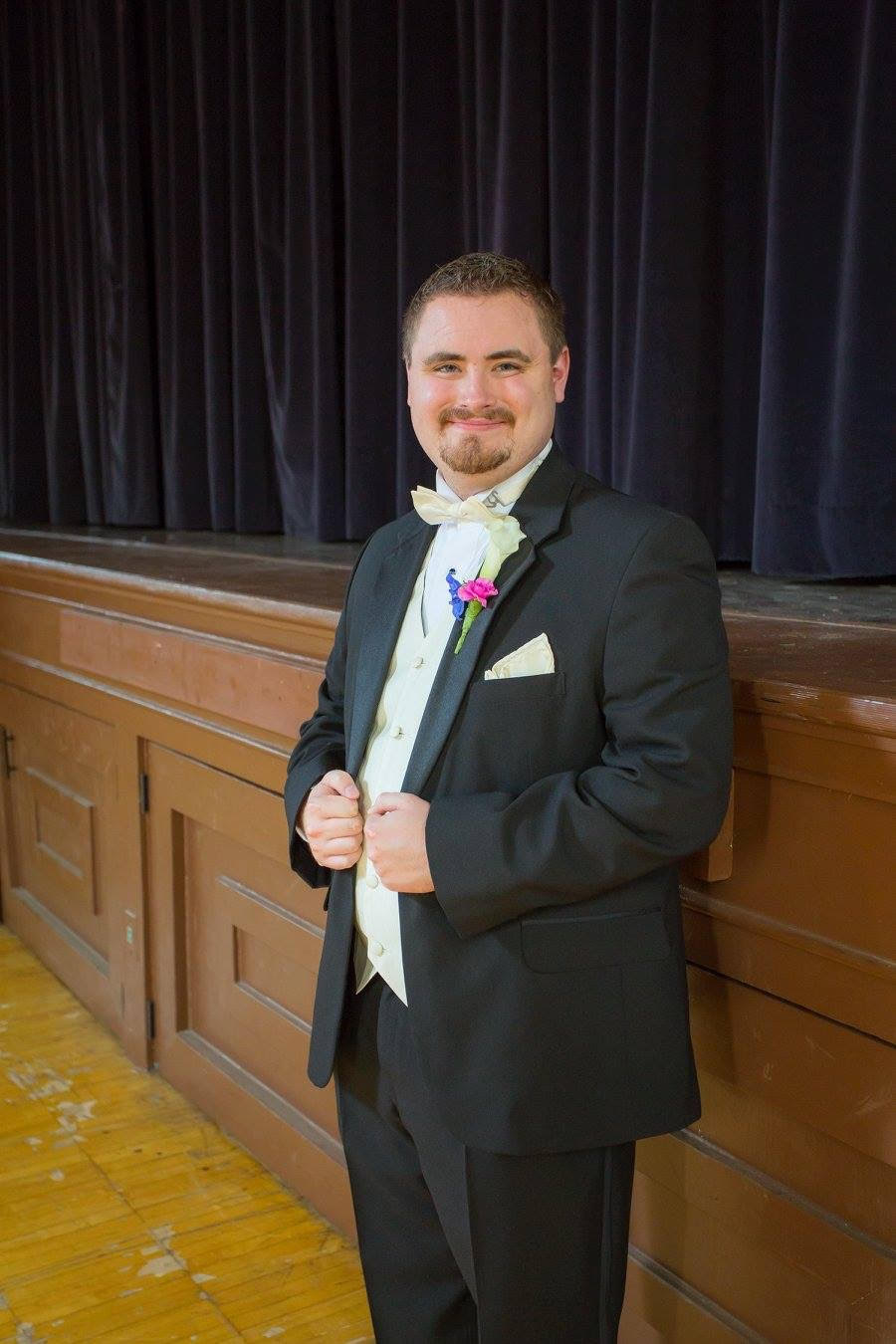 Michael Gould graduated from Duchesne High School in the class of 2011. While at Duchesne, he was an active member of many fine arts groups, clubs, and activities, including Speech and Drama, Improv Troupe, Concert Choir, Royal Impressions, and others. He performed, or was part of, each stage production that occurred during his high school career at DHS. Michael held offices in many of the groups and clubs he was involved in, including vice president of Concert Choir 2009-2010, vice president of Speech and Drama 2009-2010, president of Speech and Drama 2010-2011, and Improv captain 2010-2011. After graduation, Michael attended Missouri Baptist University, earning a Bachelor of Arts in Human Services and a Bachelor of Science in Psychology in December 2015.

Throughout his college career, Michael was again an active member of the MBU Fine Arts Department, and was often dubbed the “honorary music major.” His experience included participation in two stage productions, singing in the “Chorale” or the community choir, and singing in the Chamber Singers audition ensemble, as well as playing in the MBU Ringers audition hand bell ensemble.

Michael was hired in June of 2015 as an intern at SSM Health for the Talent Acquisition team. That internship turned into full-time employment in September of 2015, when he was offered a Junior Recruiter role. Michael believes the blueprint Duchesne provided and the experiences he had here helped him break out of his shell. In his role at SSM, Michael is responsible for all student and graduate nurse recruitment for the St. Louis region. In June of 2016, he and his team were responsible for hiring and retaining the largest ever graduate nurse class for the SSM Health brand, with more than 300 new nurses beginning their careers with the organization on that same day.

In September of 2016, Michael was promoted to a Talent Specialist (Recruiter) at SSM Health, which saw him shift his responsibilities from student and graduate nurses over to Patient Billing Services, Central Billing Office, and Financial Services recruitment. This move has provided Michael the opportunity to recruit for openings that range from an entry level account representative type of role up to a senior vice president position.

The biggest joy in Michael’s life, which can unequivocally be attributed to Duchesne, is his wife Elissa (Feldmann) Gould, Duchesne Class of 2010. Though they did not begin their relationship until after their tenure at Duchesne, their friendship had the ability to grow during their time at school together. They were married in May of 2015. According to Michael … You know what they say — first comes love, then comes marriage … and we all know the next phrase. Michael and Elissa welcomed Liam Gould to the world in February 2016. A few short days from now, their future Pioneer will turn two!

According to Michael, Duchesne High School has touched every corner of his adult life, and without it, he would not have the framework that has blossomed into everything he has — namely his family, his passions, and his career. The education that Duchesne provides, which centers around the mind, body, and spirit of the individual student, is unparalleled. Duchesne has been a wonderful institution for so many, and it will continue to be so for generations to come.