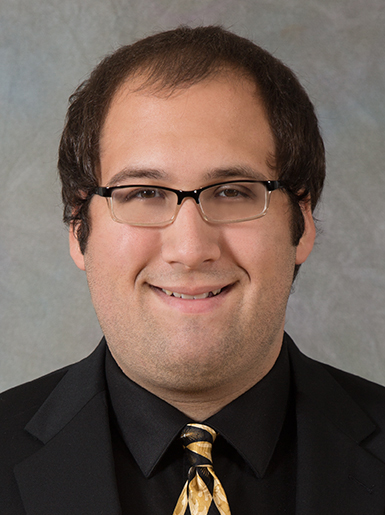 Robbie Lawson is a junior year student in the Cardinal Glennon College program at Kenrick-Glennon Seminary. Robbie graduated from Duchesne in 2013. While at Duchesne, he was a member of many clubs, groups and activities, including both Concert and Jazz Bands, Science Olympiads, Improv Team, Tech Crew, and Campus Ministry. Robbie was also the founding member of the Chess Club and the leader of the Radiate Prayer Group.

After graduation, Robbie entered Kenrick-Glennon Seminary in order to further discern the priesthood and is currently working toward his bachelor’s degree in philosophy. Through the seminary’s formation program, Robbie has been helping to serve the needy in the Archdiocese of St. Louis in a variety of ways, including visiting the elderly, helping with an afterschool program, and serving at a soup kitchen. While there are only a few official leadership positions available at the seminary, each seminarian is expected to act as a leader in his own way.

This summer will be Robbie’s second year working as an intern for the Office of Vocations for the Archdiocese of St. Louis. This internship entails planning the office’s summer camp, Kenrick-Glennon Days, as well as assisting with retreats throughout the summer, including the Steubenville Mid-America retreats.

Robbie has asked that everyone please continue to pray for him and his brother seminarians as they work their way to become good and holy priests.